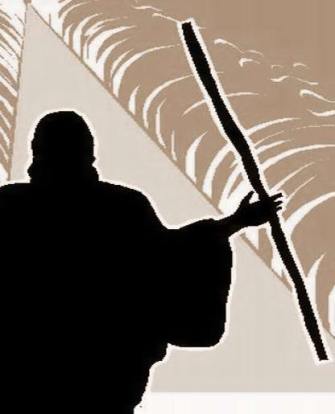 At the time of this conversation, Moses had just spent 4o  years in the desert herding sheep for his father-in-law. He carried a rod, as was the custom of sheepherders. It served a number of purposes, including supporting Moses as he climbed steep areas, guiding the sheep when they tended to wander, and providing a weapon to beat off attackers. It was just an ordinary rod. A long, solid, sturdy piece of wood with nothing out of the ordinary about it.

But one day, when the Lord was ready to call Moses and anoint him for the purposes of the Kingdom, the Lord took charge of that ordinary piece of wood and converted it into a tool for His own use. As the passage of scripture above makes clear, the Lord was able to take a solid stick of wood, with no qualities of life or animation at all, and turn it into a living creature. He totally changed, not only the shape, but the whole molecular structure and chemical makeup of that wood until it became something else entirely. And then He changed that living, breathing creature back into a solid stick again.

From that moment, Moses’ rod was no longer an ordinary object. It had become a tool in the hands of the Lord, anointed to do whatever work God called on it to do. So in Exodus 7, it becomes a serpent at the feet of Pharaoh, and when the Egyptian sorcerers produce serpents from their rods, Moses’ rod (with the anointing) swallows up all the serpents of the devil’s camp.

Then in Exodus 14, we see the Lord commanding Moses to lift up his rod over the Red Sea, and when the rod is lifted up, the Lord sends a strong east wind to blow all night and divide the sea so that the entire nation walks through the sea on totally dry ground. Later, when the Israelites are thirsty and belligerent toward Moses because they can find no water (Exodus 17), the Lord instructs Moses to use that very same rod to strike a  rock, and a gusher of fresh, sweet water comes pouring forth from solid rock.

Nothing but a stick in its own right, that rod became a miracle-working tool once the Lord took charge of it and anointed it for His use. The same is true of each one of us. We may be nothing in our own right. We may even be a big mess. We may be a prime example of how to fail at everything. But when we turn ourselves over to the Lord and make ourselves and our lives available to Him for whatever He needs to do with us, we suddenly become a blessed, anointed, miracle-working tool for the Kingdom of God.

So if you’ve been sitting there feeling sorry for yourself — or feeling that you’re too big a failure to be of any use to the Lord and His kingdom — or that you’re too ordinary to be used for anything great in God’s work — just toss yourself down at His feet and let Him change you into what He wants you to be. Once you’re in His control, there’s just no limit to what you can become or the supernatural work you can do. 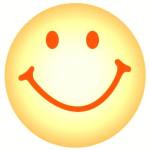