“Before I formed you in the womb I knew you, and before you were born I consecrated you,” said the Lord to the prophet Jeremiah. (Jer.1:4, NAS). Obviously, the Lord Himself considered Jeremiah a human being worthy of being consecrated to the work of God’s kingdom long before he came out of his mother’s birth canal. There are numerous passages of scripture that verify that God believes the being growing inside a mother’s womb is a real person from the time of its conception. But for many in the world’s society today, the Biblical references aren’t enough to convince them of the sanctity of the life of the unborn.

They believe only hard, cold, scientific facts. So what are those facts? What does medical science and genetic research have to offer by way of understanding the pivotal question on which abortion decisions hang: ‘When is it a human being?’

The following scientific facts clearly chronicle the development of a fetus in the mother’s womb. The facts concerning viability are taken from an article in the New England Journal of Medicine, published in 1993: 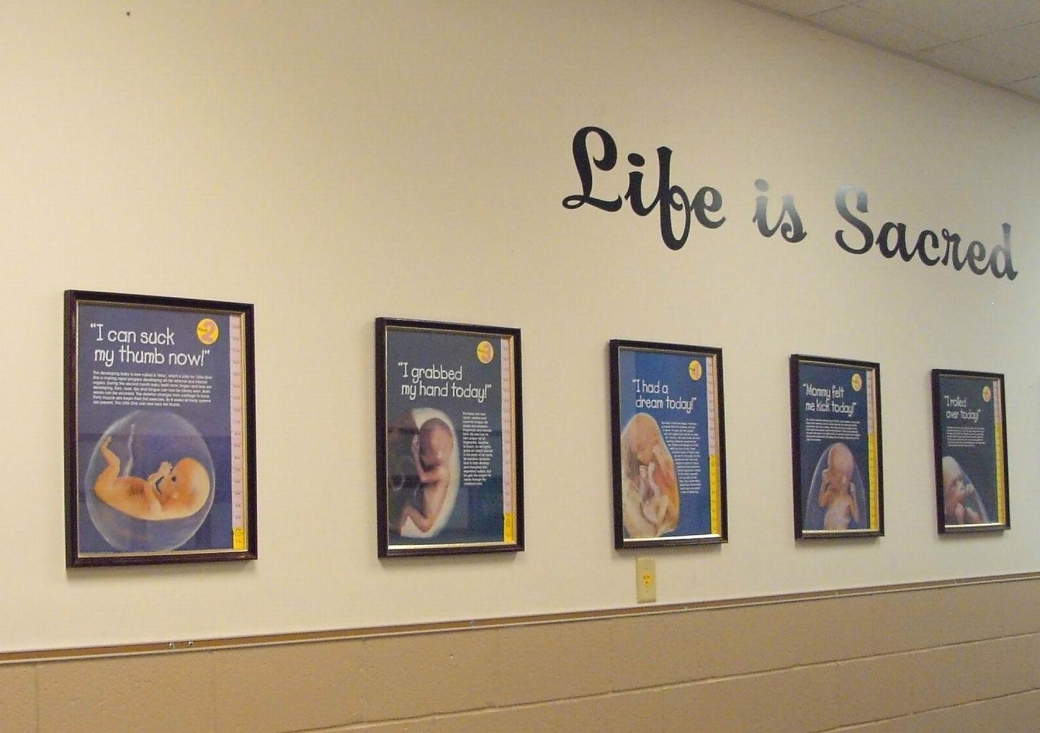 In 1981 a Senate Judiciary Subcommittee held hearings on the following question: “When does human life begin?” One of the doctors who testified at those hearings was Dr. Hymie Gordon, then Chairman of the Department of Genetics at the Mayo Clinic. He said, “By all the criteria of modern molecular biology, life is present from the moment of conception.”

A similar testimony came from Dr. McCarthy de Mere, a medical doctor and law professor at the University of Tennessee. He said, “The exact moment of the beginning of personhood and of the human body is at the moment of conception.”

Dr. Jerome Lejeune, known to many as “the Father of Modern Genetics,” also testified (before the Louisiana Legislature’s House) that human life begins at conception. “At no time,” said Dr. Lejeune, “is the human being a blob of protoplasm. As far as your nature is concerned, I see no difference between the early person that you were at conception and the late person which you are now. You were, and are a human being.” He went on to point out that within three to seven days after fertilization the sex of the baby can be determined, and that each human being is unique – different from its mother – from the moment of conception. (All of the above testimonies can be found in the permanent records of their respective hearings.)

Dr. Lejeune, who passed away in 1994, is renowned throughout the world for his work in the field of Genetics, receiving the Memorial Allan Award Medal, the world’s highest award for work in that field. He is also the doctor who discovered the genetic cause of Down Syndrome and received the Kennedy Prize for that discovery.

Another medical doctor, an anesthesiologist Paul E Rockwell, shared this personal testimony in Handbook on Abortion, by Dr. and Mrs. J. C. Willke: “While giving an anesthetic for a ruptured ectopic pregnancy (at 8 weeks gestation), I was handed what I believe was the smallest living human ever seen. The embryonic sac was intact and transparent. Within the sac was a tiny human male swimming extremely vigorously in the amniotic fluid. …

“This tiny human was perfectly developed, with long, tapering fingers, feet and toes. It was almost transparent, as regards the skin, and the delicate arteries and veins were prominent to the ends of the fingers. The baby was extremely alive and swam about the sac approximately one time per second, with a natural swimmer’s stroke.

“This tiny human did not look at all like the photos and drawings and models of ‘embryos’ which I had seen … obviously because this one was alive! When the sac was opened, the tiny human immediately lost his life and took on the appearance of what is accepted as the appearance of an embryo at this stage of life.”

40 years ago this month, seven U. S. Supreme Court justices demonstrated their ignorance and inhumanity by passing legislation that made it legal to murder children as long as they were still abiding in their mothers’ wombs, and the murderers didn’t have to look them in the face at the time the deed was done. The case was referred to simply as “Roe vs. Wade.”

Not only was this court decision sad enough. We also had a Congress full of legislators who had the constitutional right to pass a law that would have over-ridden that court decision, but who refused to even make the effort to do so. Our nation has reaped the rewards of both the decision by the court and the lack of action by the Congress. Is God punishing us?  No. Let me say that again: No.  God is not judging us or punishing us.

How do I know that? The Word of God says we are living in the dispensation of His grace and mercy, brought to earth in the person of Jesus Christ, who told His followers clearly that He had NOT come to judge, but to save. He then commissioned His church to do the same. So God’s not operating as Judge right now. There will definitely come a day when He does judge the entire world, but for now mercy is the operating procedure of the day.

However, God does not have to judge us or punish us.  There are two laws at work in this earth identified in scripture as the “law of sowing and reaping,” and “the law of sin and death.” Those two laws work all the time to bring back to the human race the harvest of what they have planted — be it positive or negative. We have planted death and destruction by the murder of millions of innocent children every year.  I say “we” because our citizenship as a whole has deliberately and repeatedly set into office people who have sworn publicly to invest their time and effort in furthering the agenda of the abortionists. The man or woman in the voting booth who purposely sets into office (empowers) the candidates who promise abortion are just as guilty as the doctors who perform the actual murder.

So what have we reaped? Our economy is in a state of disaster; our crime rate is through the roof; our drug traffic worse than ever. We have more people on welfare than ever before, and the number of sick, suffering, and dying people in this “medically advanced” nation increases significantly every year. Political candidates from all parties promise to “change” those conditions if we will put them into office, but they cannot change them. Legislators pass laws and Presidents issue executive orders, but they do not really change anything. Why not? Because the nation is reaping what it is sowing. And until we stop deliberately murdering innocent children, we will continue to reap a harvest of death in all the other areas of our society.

I’m not talking about children who die as a result of warfare. Abortionists in this nation try to hide behind that smoke screen. They point to war deaths and insist that those kinds of deaths are of more importance that abortions. They conveniently ignore the fact that millions more innocent children die every single year in sterile hospitals and clinics established in a land where there is no war than in all the wars this nation has been involved in for decades. I am deeply saddened to see children die as a result of war, but those deaths are a by-product of the efforts on both sides to put down an “adult” enemy who is seen as a threat to the peace and welfare of the other nation. That action is NOT in any way the same as the deliberate, researched, pre-meditated, expertly-executed murder of innocent children inside the wombs of individual women who are no threat to anyone else’s life or safety.

Of course, the experts at promoting abortion rights have worked for years to sell the public the lie that a baby in the womb is not really a human being. Those lies have been refuted time and time and time and time again by honest medical scientists (not to mention the Word of God.) Yet the abortionists still cling to the lie and work overtime to continue to insult our intelligence with it. This article is an attempt on my part to shine the spotlight on truth instead.

On January 22 of this year, thousands will point to the calendar and “celebrate” the 40th year of what they see as a landmark court decision and a step “forward” for this nation. I’m calling on every intelligent, reasoning, honest citizen of this country to wake up and use his good brain and his moral conscience to look at that date and recognize it for what it is. And this year, in recognition of the “anniversary” of that deadly decision, look abortion in the face and call it what it is: murder. Then go to work and DO something about stopping it. Help our nation come to a place where we celebrate life instead of death.

(Photos show a permanent hall display in Our Lady of Mt. Carmel Catholic School in my hometown in the U. S.)