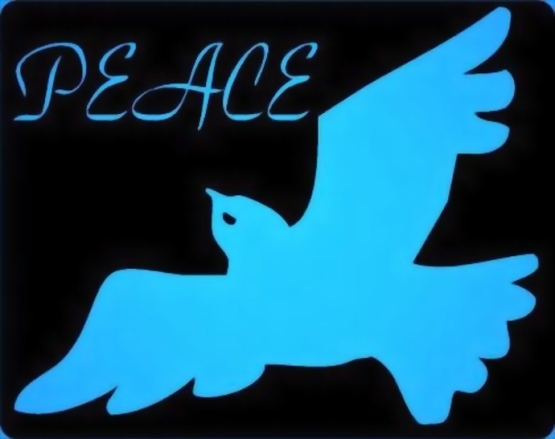 “He that dwells in the secret place of the most High shall abide under the shadow of the Almighty. … Surely He shall deliver you from the snare of the trapper and from the deadly pestilence. … Because you have made the Lord … even the Most High, thy habitation, there shall no evil befall you; neither shall any plague or calamity come nigh your dwelling. … Because he has set his love upon Me, therefore I will deliver him; I will set him on high because he has known My name. He shall call upon Me, and I will answer him; I will be with him in trouble; I will deliver him and honor him. With long life will I satisfy him and show him my salvation.”   (Excerpts from Psalm 91)

Last week I had an auto accident. It was entirely my fault. I drove through a stop sign without stopping. Now, I take that particular route several times a week, and until last Friday, I had always stopped at that stop sign without fail. I suppose I had just enough on my mind Friday that it interfered with my normal attention to my driving, and the next thing I knew another driver was slamming into the driver’s side of my car and spinning it around wildly.

I can’t really describe everything that went through my mind in those seconds — or exactly how I felt.  And, frankly, I don’t want to relive the event enough to be able to explain. But when both vehicles came to a stop, and I could think clearly enough to do something sensible, I tried opening my door. It was totally jammed shut, so, realizing that I was evidently not seriously injured and that all my parts worked correctly, I crawled over the gear shift and console and climbed awkwardly out of the passenger side. I went over the the other vehicle, and the lady in that car said that she was badly shaken, but didn’t seem to have any serious injuries either.

My friends, the fact that she and I both literally walked away from our vehicles under our own steam, had not received any blows to our heads or other body parts, and could think and communicate and function at least almost normally was nothing but a miracle.

If the woman who hit me had been just about 8 inches farther to her left, I could have been dead. But the major impact of her car with mine came against the rear door rather than my own door. To be sure, my driver’s door will never work again, and the frame is so damaged that the car is pretty well totaled. But those mere inches at the exact point of impact made all the difference.

Why am I sharing this event on my blog? Because what I’ve told you so far is only part of the story. The best part is yet to come, and I want all of you to be able to share in it.

As most of my readers know by now, I am a firm believer that God means exactly what He says about His care of us and His healing and protection. One of His greatest promises of protection is Psalm 91.  I pray that Psalm aloud over myself and my family every morning, and the Lord has honored it in numerous ways during my lifetime.  As I drive, I often listen to scripture on tapes or CD’s in my car, and that particular morning, I was listening to a CD of my own father (a minister who is now with the Lord) reading healing and protection scriptures.

At the  exact time of the accident, he was reading the words of the last four sentences of Psalm 91. Those words were going out into the air in my car at the moment of impact, and there is absolutely no doubt in my mind that those Words from the Lord that I trust in — and His angels who are assigned to carry out His Word — saved my life and that of the woman driving the other car.

We sometimes get in God’s way, and in His Word He tells us numerous times that He doesn’t always get things His way because we won’t cooperate completely. So in this case, although He would have preferred my not having the accident and the resulting damage to my car and the other driver’s as well, the fact remains that I was negligent and did something stupid. Nevertheless, He was able to intervene and, through the power of His Word and His angels obeying His Word, He was able to spare both the other driver and me from death or even serious physical injury.

We have a wonderful, loving, caring Father. And His protection is REAL if we will learn what His Word says, believe it, and apply it by faith to our lives.

I’m enormously glad that I’m still alive to tell you about how wonderful He is!